75 trees for the Ahr valley in Germany

As part of the Utz Group's 75th anniversary and the 50th anniversary of Georg Utz GmbH, Utz is setting a special sign of solidarity.

July 2021, a devastating flood left a trail of destruction. Dozens of bridges, roads or houses were washed away, thousands of people lost their belongings, and some even their lives.
Since then, an unprecedented reconstruction effort has been underway. The Utz family of entrepreneurs is impressed by how many people are promoting solidarity through a wide variety of actions via social media and have decided to make a contribution as well as part of the company's anniversary.

The project - "Trees for the Ahr Valley"
The German TV presenter and journalist Dieter Könnes is one of the people who are particularly committed to the reconstruction of the Ahr Valley. His family became aware of his project "Trees for the Ahr Valley" via Facebook.
It is about a large greening campaign for the landscape in the Ahr valley, which still resembles a moonscape in places. The main idea is a large (re)planting campaign of mighty trees that come from a tree nursery about 100 kilometers away. These have to make way for the construction of a power line. The Utz family finds this project worthy of support and has decided to participate in the relocation of these large, valuable trees. Because the Utz Group is celebrating its 75th anniversary this year, 75 trees will find a new home in the Ahr valley. With this action, the high value of the trees is preserved, and they can continue to store CO2 for us.
The Utz Group is also participating in the solidarity campaign and is dedicating its contribution to the 50th anniversary of the German Utz company.
Preparations for the replanting of the 10- to 12-metre-tall hornbeams, limes and yews are currently underway and their transport will take place this month. The trees will then find their new home in the small village of Müsch with its 200 inhabitants. We will continue to report on the progress of the campaign in the coming weeks here on our website and on our social media channels.

Find out more about the project in this video. 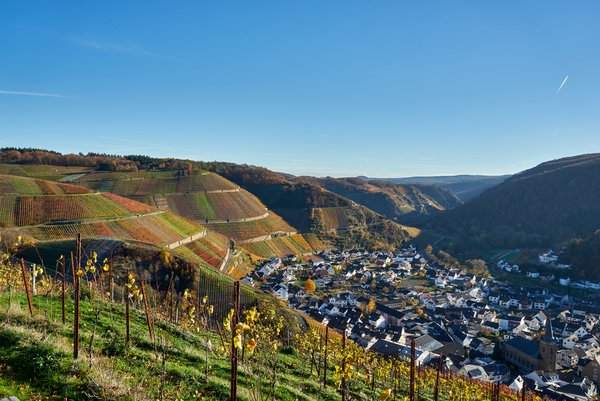