Unbelievable how many colourful stories can fit into a plastic container. Gustav Karli, the oldest employee of Georg Utz AG, also knows this. He cheerfully tells us what he likes to remember. The pleasant feeling that plastic keeps you young and fresh develops while you listen.

"So, let's get on with it." Gustav Karli is in his office in Bremgarten. It's Monday morning and still dark outside. On his desk are piles of enquiries with technical drawings and data sheets. Business is good and this fact still makes Gustav Karli proud.

Karli is not just Karli. He is also an Utzian. Through and through. He has been working for the company for almost 50 years. Half a century in the service of a unique company.

Before Karli even starts the computer, he picks up the top enquiry he worked on last week and thought about further during the weekend: They are looking for a clean and clever packaging solution for a high-quality technical component. It should be durable, practical and made of plastic. The heart of company founder Georg Utz would have picked up a beat at this task, thinks Karli. As it always did when he was allowed to seek and develop practical solutions. His thoughts wander back to a time when everything was a little more hands on. Not better or worse but just different and great.

Karli began his apprenticeship as a technical draughtsman in 1970. Back then, he had been personally hired by Georg Utz himself. A smile wreathes his face. And a little pride. The offices were equipped with drawing boards. There were as yet no computers with modern CAD software, nor were there pocket calculators. Everything had to calculated manually and preconceived. Rather "old school".

Karli likes to remember the patron: Georg Utz was a doer and a designer. A born inventor. He invented everything from basement shelters to rabbit hutches, letterboxes, chicken baskets and pallets. Almost everything made of plastic and intended for the storage and transport of objects and animals. Some of these items are still being produced today. The plastic container RAKO, for example, manufactured in 1965, hit like a bomb. A box-office hit to this day, it is available in almost every Swiss household. And who’s surprised? In a way, the frame construction embodies the Utz company and its founders: stable and straightforward. 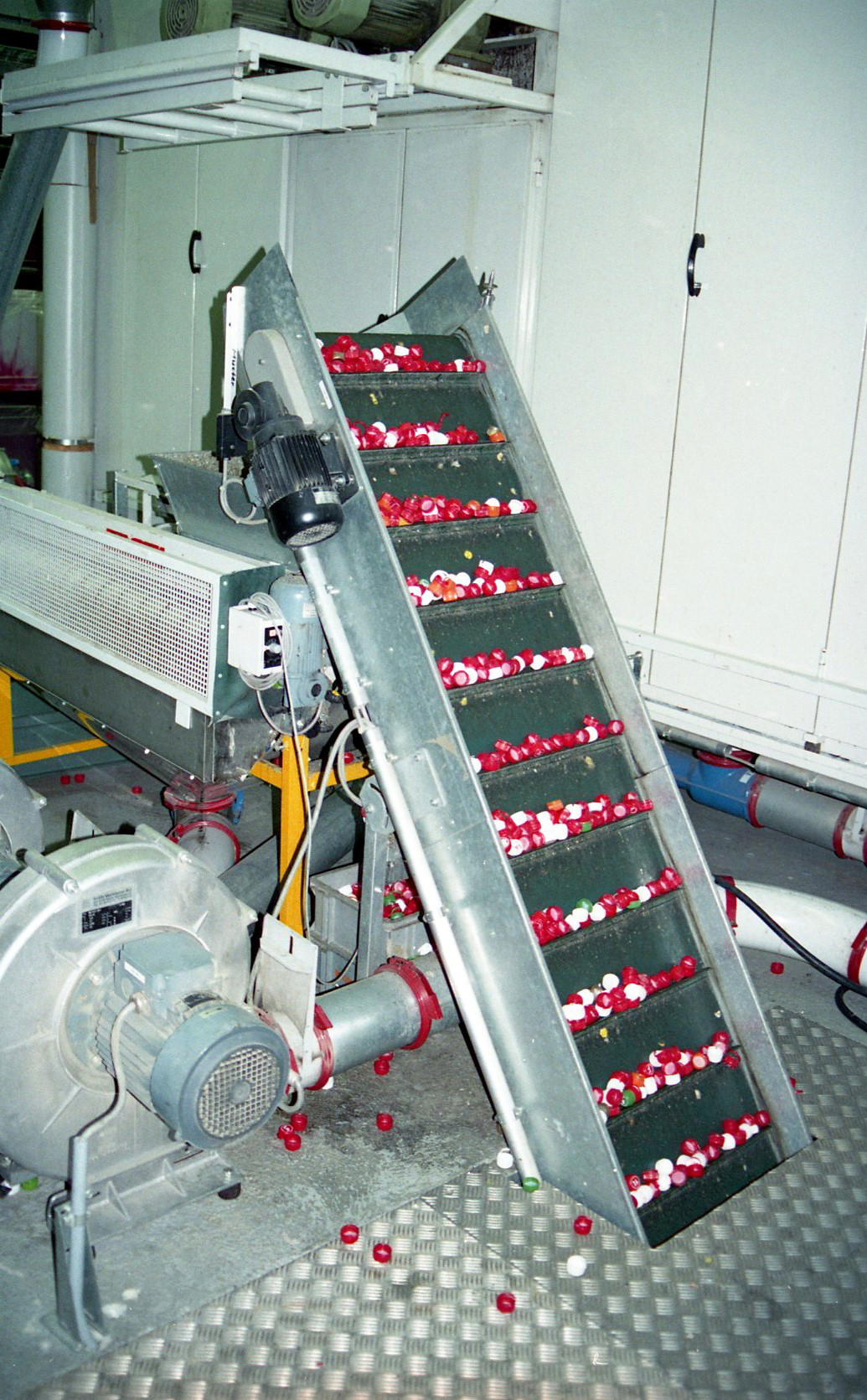 The environmentally friendly recycling of plastics was already an ongoing topic at Utz a few decades ago - that's why the "lid system" was invented. The idea behind it is clever and sustainable. The company bought plastic screw caps for beverage bottles from the market, cleaned them and used the ground plastic granulate to produce pallets in all shapes and sizes. These pallets are still produced in the same way today.

Gustav Karli also remembers setbacks, such as this story with craftsmen's tools lying around on construction sites. In the early seventies, Georg Utz developed and produced his own formwork element with tool container for the construction sector. He had the idea during a tour of the construction site in Bremgarten. He watched the men as they constantly searched for misplaced tools. This is absurd when efficient work is required and orders are linked to deadlines. A plastic tool box was needed to keep things fast and tidy. Unfortunately, the product did not sell. No great demand. Conclusion: The company was sitting stock that did not bring in a single franc. So what to do? Consideration was given to recycling the stock and recording the loss under "experience".

It was a lucky coincidence that a customer needed plastic containers for his electric motors. The corners and edging of the already produced containers were slightly modified and finally sold. This agility and flexibility still characterises Georg Utz AG today. For Gustav Karli, there is no such thing as impossible or unavailable.

The church tower strikes eight o'clock. It's slowly getting light outside. On Karli's desk the inquiry with some hand sketches about a new plastic pallet for the pharmaceutical industry. Tricky, complex, but he will most probably think of a solution here as well. Development never occurred alone but always in teams and the best ideas always come during meetings, if the experiences and the know-how of the colleagues come together like the pieces in a puzzle. This is something liked and appreciated by our customers, adds Karli.

It's good to wake up old spirits now and then. This motivates and keeps in mind what Georg Utz AG stands for: Partnership, Customer Orientation and Quality.