A milestone for our company

The Utz Group celebrates its 75th anniversary. A milestone for our company.

Where does Utz come from? What does the brand stand for? What makes us special? Where is our journey taking us?

Five thematic blocks will give you insight into what is particularly important to us and what makes Utz what it is today. We will start with our beginnings....

The road from 1947 to 2022 was long, sometimes arduous, and marked by many milestones and challenges. We look back proudly on the beginnings of the company and on all that we have achieved and experienced.

How do economics and sustainability go together? Only companies that generate sufficient profits can also invest in modern machinery, high-quality raw materials, fair wages, and further training in the long term. 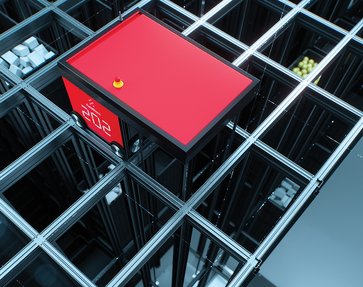 Automated, digitally monitored, and virtually waste-free: Utz produces climate-neutrally and with optimized use of resources. 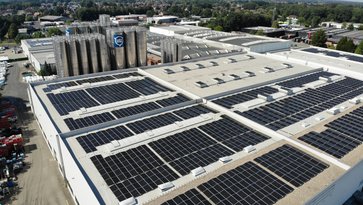 Utz employees appreciate the emotional values, the recognition of their performance, and the community in the "Utz family".

Interesting facts about the history of the Utz Group's plastics production can be found in our quiz.

Note: A closer look at this page and our website is always worthwhile. Have fun searching and puzzling!

In the early 1950s, Georg Utz acquired the zigzag device for sewing machines, a patented article with sole manufacturing and sales rights. Thanks to increasing sales, he soon employed 16 people. Because the space in Zurich was no longer sufficient, he rented a building from the Honegger silk weaving mill in Bremgarten, Argovia. The sole proprietorship is converted into a joint stock company and thus becomes the first and oldest production facility of the Utz Group.

Interested in working at Utz? In our job portal you can find all open positions worldwide. Apply now and become one of Utz!

Utz has many education and training resources staff can access. Many employees who started their career with us have completed the path from that of trainee to management. We will always support our colleagues during every step of their careers with us and we offer many numerous job development opportunities along the way. There is always room to grow with Utz.

We promote a climate in which our employees can work independently, creatively, and effectively. In doing so, we build on decentralized structures combined with close networking. This guarantees a high degree of local responsibility and decision-making authority.

Utz employees carry the Utz company. It is their ideas, their talents and their motivation that move the customer forward in the search for the perfect solution. Technology provides the necessary support but never replaces the "human factor".

We want to grow sustainably. We generate this growth through our own performance and finance it with our own resources. This independence enables us to act as partners in the market and build long-term customer relationships.

Part of your own development as an employee within Utz will see the option to move beyond your own Utz location. You will be able to visit and spend time getting to know and understand the specific work and market needs of other Utz sites around the globe.

The Utz Group turns 75. The road from 1947 to 2022 was long, sometimes arduous and marked by many milestones and quite a few successes. We look back proudly on the beginnings of the company and on much that we have achieved and experienced. We will use 2022 to sharpen our understanding of our strengths and create clarity about the way forward.

As early as 1974, the first plastics recycling plant was put into operation in Bremgarten. Sustainability has a long tradition at Utz; our company founder already recognized that economy and ecology must be coordinated. In this context, the circular economy is at the center of our thoughts and actions.

In Schüttorf in Lower Saxony, we ventured into the international arena in 1971. In that year, the first subsidiary of Georg Utz AG was founded there. In the meantime, our German site is the largest in the world and, with its 570 employees, one of the largest employers in the region.

The Utz Academy is a full online training program. You will find fully assessed learning modules in which all areas and aspects of the company are covered. Each module will be assigned in accordance to your own role.

In the early 1950s, Georg Utz acquired the zigzag apparatus for sewing machines, a patented article with sole manufacturing and sales rights. After initial difficulties, he perfected the product and attracted the interest of many foreign sewing machine manufacturers. Finally, Georg Utz was able to conclude his first major deal with the Singer Company of New York. Thanks to rising sales, he soon employed 16 people. Because the space in Zurich was no longer sufficient, he rented a building from the Honegger silk weaving mill in Bremgarten, Aargau.

Where it all started. It was in Zurich Höngg where Georg Utz founded the "Georg Utz Werkzeug- und Apparatebau" in 1947. A year later already he moved the company to Zurich Altstetten and then again in 1953 to Bremgarten in the canton of Argovia, where the Swiss subsidiary and the Holding is still located today.

The changing face of the profession

When we look back on the last 75 years of Utz, we realize that a lot has changed. Not only have our workplaces, offices, and machinery transformed over the years, but our work has changed as well. 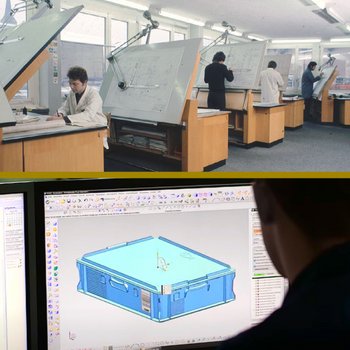 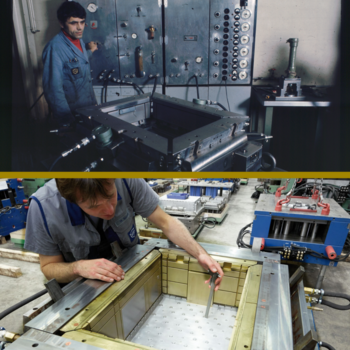 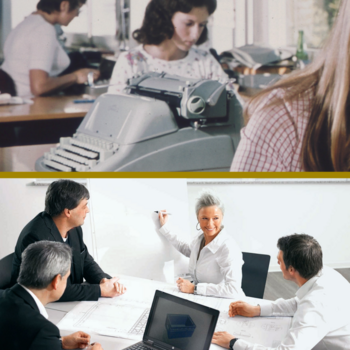 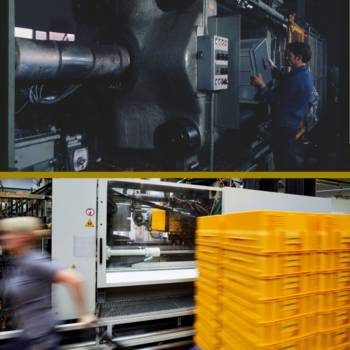 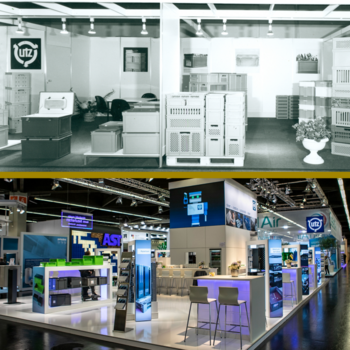